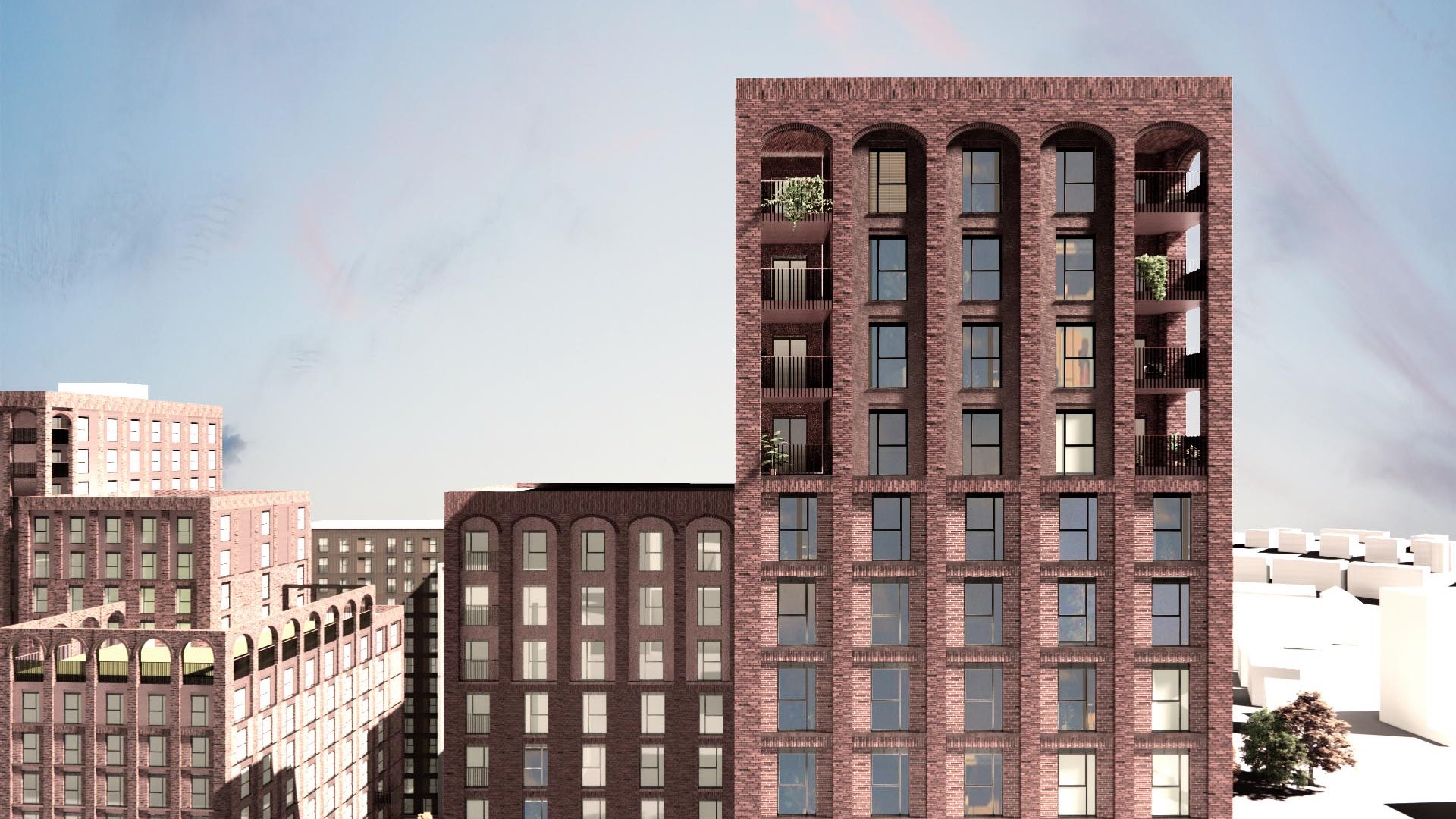 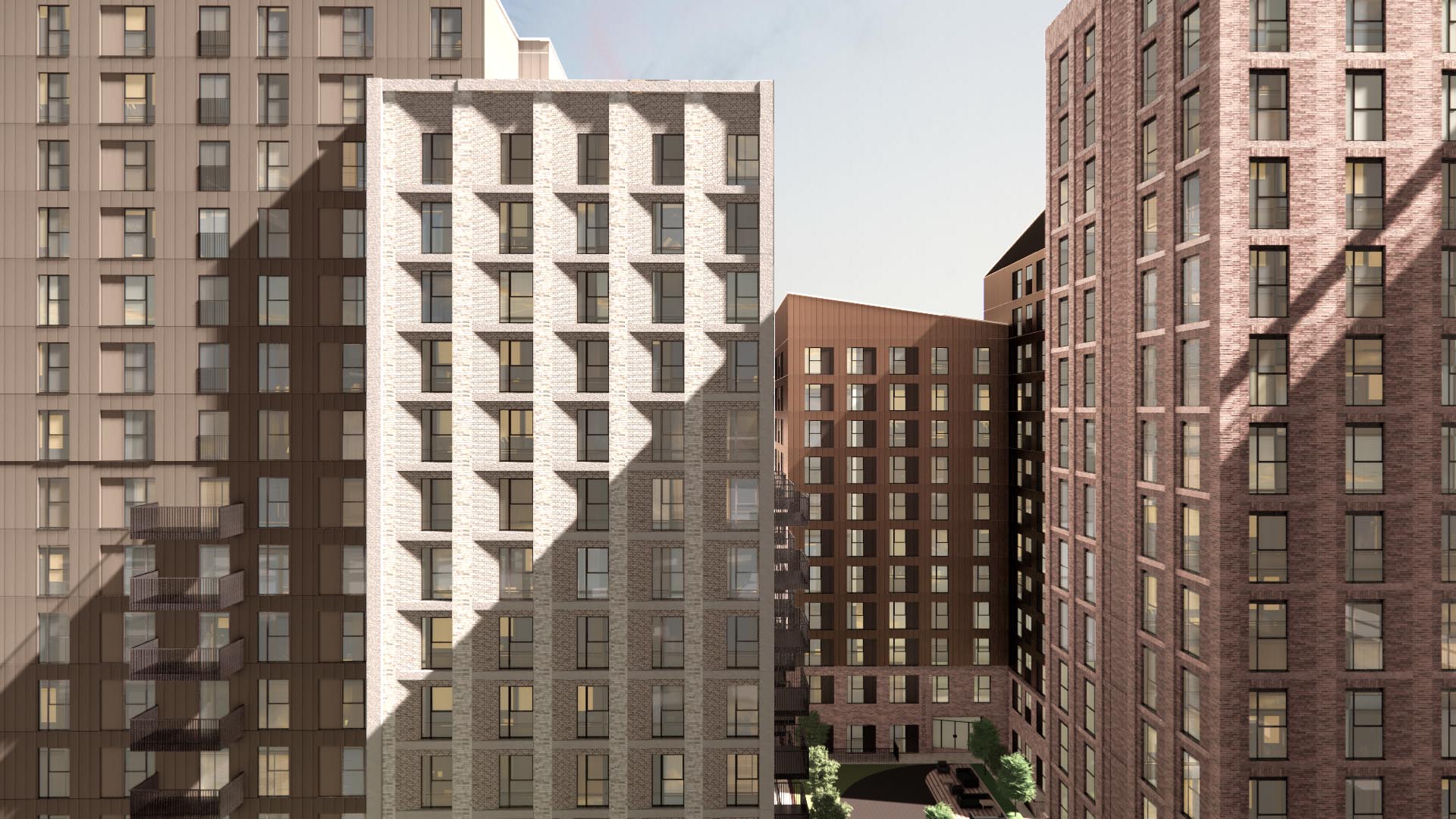 A section 73 planning application has been submitted for this exciting residential masterplan in Leeds’ East Bank.

1012 homes are to be provided across 5 blocks, with associated residential amenity, commercial space, flexible community space and an extensive public realm.

The project occupies the site of the former Shannon Street goods yard and the Marsh Lane train station, the first in Leeds. Nodding to its industrial and rail hertiage, the project draws inspiration from the rail viaduct and historic forms of the buildings on site.

A pair of gateway towers mark the northern and southern extents of the site and frame a new central boulevard which runs through the public realm. Cyclists are encouraged to use this central route and direct lift access from the external landscaped spaces down to secure cycle hubs is provided.

Arches are introduced to the brickwork elevations at street level and to the crowns of the towers, referencing the surroundings and providing visual interest for short and longer-range views.

The smallest of the five blocks, the focal point for views in to the site, is clad in a feature metal with a pitched roof detail in reference to the former rail sheds on site.

Victoria Simpson said ‘this is a truly transformational project which will not only give a new future to this disused site but make a valuable contribution to the wider East Bank regeneration and the cultural community of Leeds. It is an exemplar of how client confidence and ambition can in turn bring positive change to our cities’. 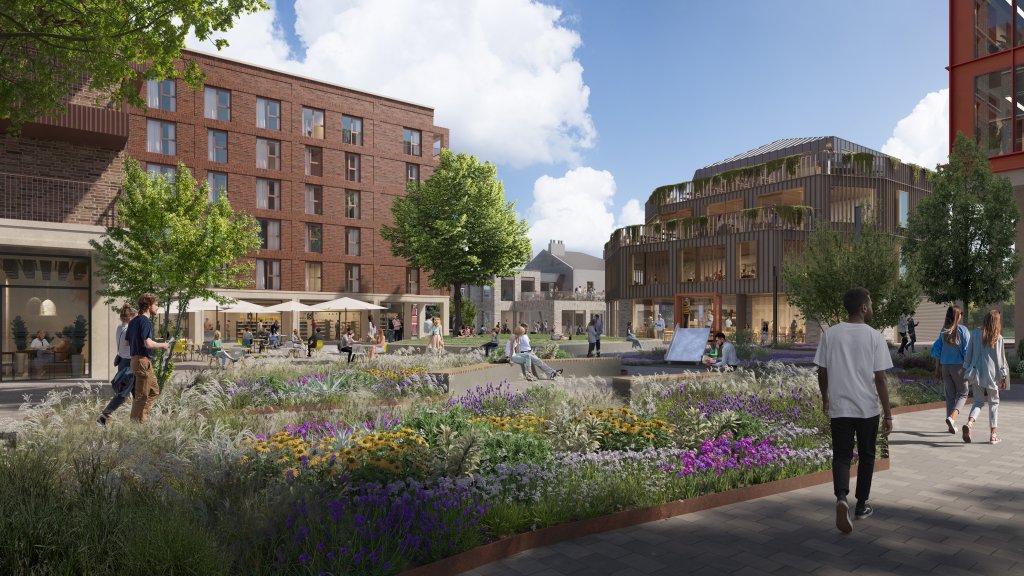 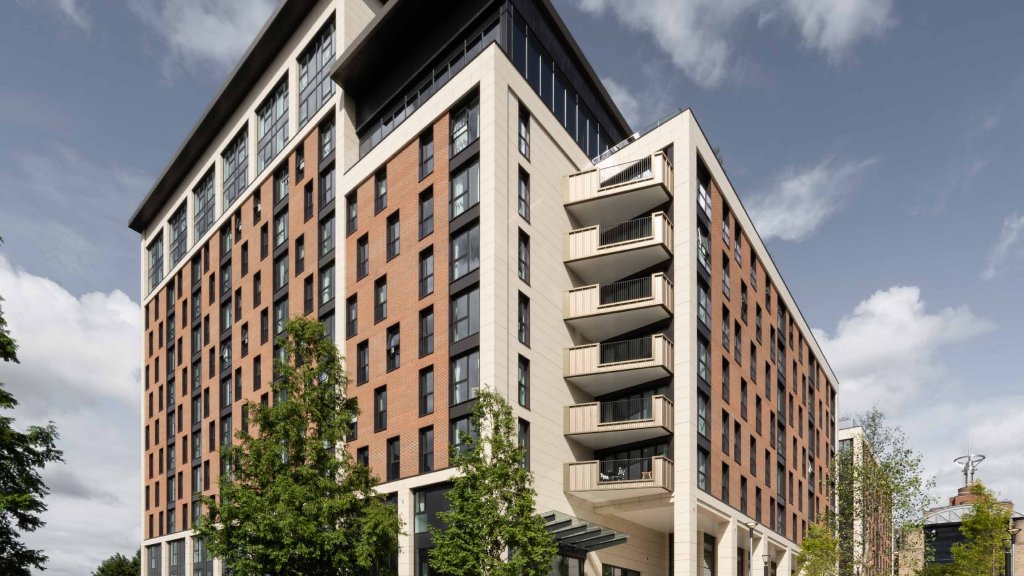