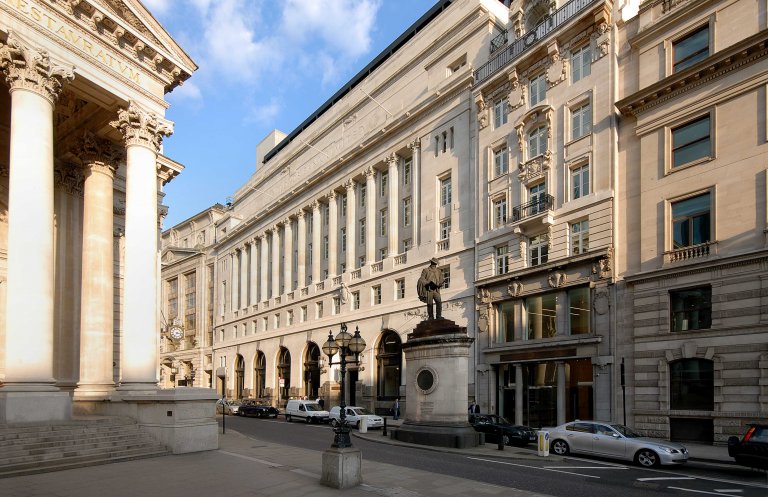 With over four decades worth of experience, we’ve built a practice that we are truly proud of. Since 1972 we have been delivering buildings that stand the test of time; never standing still and always innovating.

Established by Damond Lock, Stanley Grabowski and Anthony Walker in London, 1972, DLG Architects was founded to design and deliver outstanding urban environments which support the growth and development of our towns and cities. Within our first two years of operation the practice had expanded, working on multiple national and overseas projects.

Early commissions included the groundbreaking ‘Letchworth Centre’, a 220,000sft mixed-use – offices, retail and community – regeneration project which embodied the values of the Garden City. This high-profile commission established DLG Architects’ reputation for excellence in retail and masterplanning design, and garnered the approval of the then Duke of Gloucester, himself a Cambridge Architecture graduate.

DLG became one of the first architectural practices to use computer aided design (CAD Systems by Intergraph), bringing both speed and accuracy to design, but also allowing the practice to innovate with heat-loss calculations and surveying techniques. DLG publishes its first book, a comprehensive guide to design for urban and out-of-town retail-led development.

Our portfolio expanded in to a number of new sectors, and our renown for conservation and office projects grew. Projects of note included the Kings Road Shopping Centre on Chelsea’s main thoroughfare, Pioneer House in Croydon and Hale Leys, in addition to the restoration of the Ivy’s famed Covent Garden restaurant.

Julian Monaghan, now Senior Partner and practice lead, joins DLG Architects in 1984. A northern studio is established in Leeds in 1989.

DLG’s reputation for problem-solving through design leads to expansion in to the industrial and manufacturing sector, working with British giant Walkers to design their new production facilities across the UK.

Our leisure experience led us to enter in to partnership with American Multiplex Cinemas (AMC) to design and deliver some of the first large-scale (up to 30-screen) multiplex venues in the UK. Work began at both Windsor Royal Shopping, a prestigious restoration and leisure project in historic royal station and on projects at the Fishergate Centre and Hempstead Valley.

DLG Architects’ ambitious regeneration and development project, the Light, opens in 2002 to wide acclaim, winning six national awards that year. Other significant, large-scale projects completed include Willow Place, Corby, Milsom Place Bath, and The Atrium, Camberley. We are appointed on a number of consultant frameworks, including for large housebuilders, universities and Transport for London.

Our Nailloux Fashion Village, Toulouse, France,  pushes the boundaries of retail design by eschewing the ‘mall’ typology in favour of modern vernacular of colonnades, meandering car-free streets over different levels each leading in to a series of village ‘squares’, flexible spaces capable of holding events.

DLG Architects celebrates being awarded the prestigious “Vision 100” award as the practice expands to over 100 employees. Andrew Gardner and Jill Rayson are made partners in the practice in 2001. Founder and Conservation expert Tony Walker retires, and Julian becomes Senior Partner.

Our portfolio expands in the education and residential sectors and DLG win a number of high profile commissions such as an extension and spa at the famed Rudding Park Hotel and the major restoration of the Majestic, Leeds.

After winning the commission in competition in 2004, work begins in earnest on the new SOYO Masterplan at Quarry Hill, a new residential, commercial and leisure quarter in central Leeds. Several new partnerships with clients and developers are forged in our London studio, leading to a number of large-scale mixed-use projects combining social and market housing, education and public realm on complex sites.

Toward the latter end of the 2010s we picked up numerous awards for game-changing projects in a number of sectors, such as Platform and Wellington Street.  David Bailey becomes partner in 2013, and Jill Rayson retires from practice in 2016.