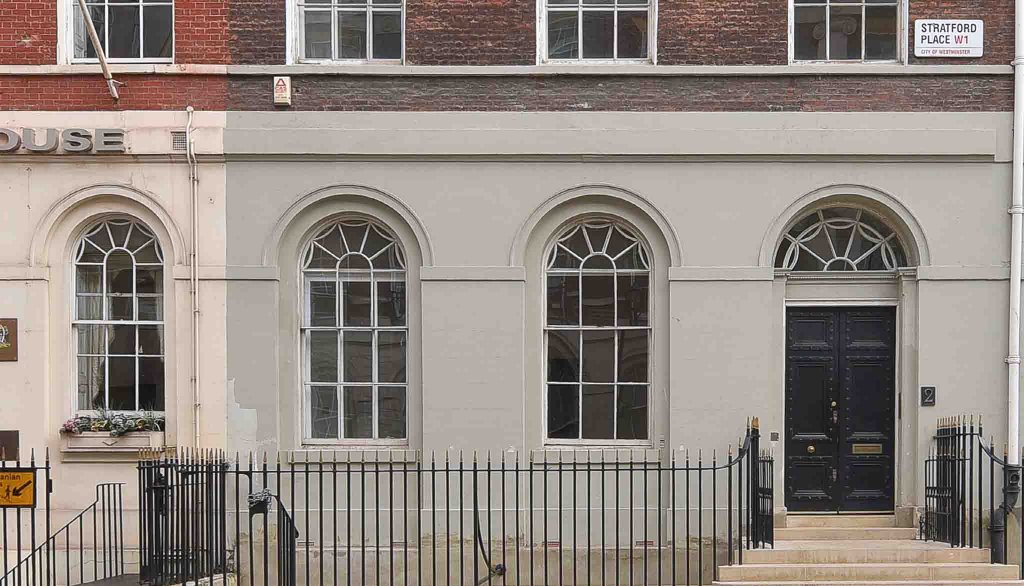 Number 2 Stratford place was originally constructed in 1774, part of a group of Georgian townhouses constructed in a significant position next to London’s Oxford Street.

Used as offices for the most part of the 20th Century, the building was host to the project management suite during the construction of Bond Street Underground station – accessed from the rear of the property at Marylebone Lane. As such, the building was structurally suspended over the new station entrance and the former historic basement removed. Following completion of the station, the building is now vacant and the brief is to provide outstanding workplace accommodation in this prestigious location.

Led by DLG Architects’ Conservation and Building Heritage Architect, Helen Roach, the team undertook a detailed appraisal of the condition and location of significant and historic fabric, producing an illustrated restoration and fit-out plan to bring the building back in to active use.

Cruicially, to provide a responsive and future-proofed working environment, the proposals include for integrated Audio-Visual, IT and mechanical ventilation provision throughout, sensitively contained within bespoke joinery that compliments the historic features and forms. 20th century subdivisions are to be removed, restoring the historic volumes and proportions of the space, whilst finishes are to be selected which reference the building’s history and former use.